The last few weeks have been filled with some of the strangest news stories I’ve ever heard in my life. I’m sure you’ve noticed most of them. The whole narrative has flipped upside-down and I’m having trouble keeping up. Things that we used to consider wrong are now right. And things that we used to consider right are now wrong. And if you disagree with the current definitions of “right” and “wrong” your dangerous thoughts are punishable by censorship, job loss, and public flogging.

Honestly? I thought I’d heard just about everything. I was sure nothing could shock me anymore. I was wrong.

Yesterday I learned that BLM has been nominated for a Nobel Peace Prize.

I had to do a double-take when the notification came through. I read it over and over again and then (no kidding) checked to see if the notification came from a satire site. The group at the wheel during the most expensive riots and protests in American history. . .was nominated for a peace prize?

Before we go any further, I want to clarify that I do believe black lives matter. I always have and always will. I acknowledge that this country has an repulsive, slanted past filled with bigoted decisions that led to horrible racial divide. I’m all for putting an end to that. But that’s the very reason I can’t lend my support to the BLM organization. At their core, they want to separate us even further.

The most problematic beliefs for me are laid out in this article on townhall. Here are a few statements from that article, (core beliefs from BLM):

“We foster a queer-affirming network. When we gather, we do so with the intention of freeing ourselves from the tight grip of heteronormative thinking.”

“We are anti-capitalist. We believe and understand that Black people will never achieve liberation under the current global racialized capitalist system.”

“Reparations for…full and free access for all Black people (including undocumented and currently and formerly incarcerated people) to lifetime education…retroactive forgiveness of student loans, and support for lifetime learning programs.”

“We disrupt the Western-prescribed nuclear family structure requirement by supporting each other as extended families and ‘villages’ that collectively care for one another.”

I just can’t get behind those things. And, like I said, I worry that this approach will further divide our already-divided country, which is the very opposite of what I want to see happen.

On the other hand, what I believe won’t change your mind (and it shouldn’t).

What should matter to you is that BLM, which was led the way in some of the most expensive riots on record—riots where vehicles were trashed and burned, buildings were lit on fire (sometimes with people inside), small businesses were looted and destroyed, innocent bystanders were beaten and killed, and opposing voices beaten into submission—is now being honored with an award. . .for peace.

Is anyone else having a flashback to that random moment when the TV reporter described the riots as “mostly peaceful” even though buildings were on fire behind him?

I think we might need a refresher course on the definition of “peace.”

Peace
NOUN
Freedom from disturbance; tranquility.
‘you can while away an hour or two in peace and seclusion’
courtesy @lexico.com

Interesting irony: If you take the time to do a search of “mostly peaceful protests” on youtube you’ll find that most have been flagged for violence.

So, here’s my question: If images from these riots are too violent to be on youtube without a warning, were they really all that peaceful?”

I think anyone with eyes and ears can see that these protests (turned riots) weren’t peaceful at all. Chaos reigned, both during and after. Many conservatives lost their jobs, their reputations, and their social media accounts, simply for stating that they disagreed with the violence.

Because, you see, it wasn’t violence. That’s what we were told. It was all very, very peaceful.

Unlike the January 6th “insurrection” at the U.S. Capitol instigated by Trump and carried out by radical, dangerous conservatives. Now that was violent. Almost 9/11 violent, according to some. Don’t believe it? Just ask Big Tech and the media. They’ll be happy to tell you all about it.

What lesson can we learn from the Nobel Peace Prize nomination? Easy: Instigate violence and you, too, can be honored in the name of peace.

Unless you’re a conservative, of course. Then the world flips upside-down all over again. 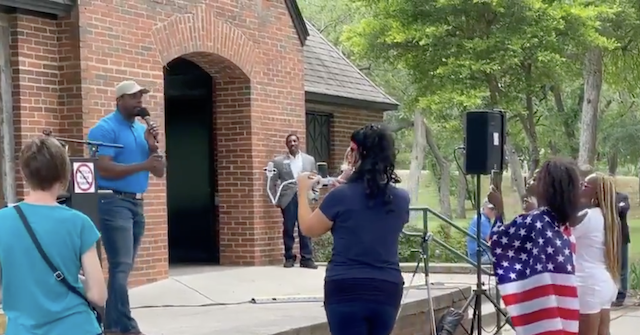