We can see where Big Tech has been.

We can see where they are now.

But, where are these companies headed? The big ones—Facebook, Twitter, Google, Apple, and so on. What is their “big plan” for our future?

I don’t think it would be an exaggeration to say that these companies appear to be intrinsically linked to the Democrat party. Whatever narrative comes their way, they promote. Where does this leave those of us who call ourselves conservatives? Is there really an “agenda” to tamp us down? Or, are we only imagining an issue that’s not really there?

We have to at least entertain the notion that there is no vast left-wing conspiracy from Big Tech to squash us. (We won’t be entertaining this notion for long, so don’t worry.) But, let’s say they’re right, that it only “looks like” they’re hyper-focusing their censorship on conservatives. Then what?

If we’re not being singled out, then we have to assume they’re acting in the greater good, and that they really, truly want to keep mankind safe from harm.

But if we are being singled out, if they’ve opted to push one singular narrative while shutting down all others, then we have a much bigger problem.

Folks, we have a much bigger problem.

Consider these words from liberty.edu:

If the practice of censorship becomes prominent in big tech companies, it can create a serious imbalance in today’s modern society. In other words, if it becomes more common for social media platforms such as Instagram, Facebook and Twitter to filter through the content its users are posting online, free speech will be threatened. Furthermore, it will take away the voice of not only individuals, but also the people as a whole.

As a result, it will allow those in power to control and manipulate the narrative that is being delivered to the audience. That can quickly lead to the abuse of power because information and knowledge are both a form of currency that translate to power.

The ability for people to possess and convey information freely is a necessary element in maintaining both the social and political balance in society. Without it, different perspectives are unable to be heard and it can create an unhealthy amount of groupthink.

Methinks “groupthink” is the ultimate goal here. THAT is where we’re headed. And the only way to achieve the goal of groupthink is to do away with any other voice. Anything that doesn’t match the narrative has to go.

Now, you might read that and think, “C’mon, things aren’t really that bad.”

No, they’re not. Not yet. But when you begin to list all of the many, many conservative political figures, organizations, ministries, news sources, and individuals who have been given the boot by these Big Tech platforms it’s easy to see which narrative they’re censoring.

HINT: It’s not the liberal one.

So, the goal is groupthink. And the method is to keep hammering away at conservatives, one topic at a time, one political season at a time, until—at last—the only thing left is the message they want everyone to share.

We’re already seeing the results of this on nearly every platform:

I’d like to re-visit this one line from the liberty.edu piece: The ability for people to possess and convey information freely is a necessary element in maintaining both the social and political balance in society.

We conservatives have spent a lot of time fretting over the inability to “convey” information but I would like to toss another thought out there. Not only does Big Brother want to limit what you share, he wants to limit what you believe. That’s why the “possess” line frightens me. No one has the right to tell me what I can “possess” and “convey.”

Again, you might say, “Laz, you’re worrying over nothing. No one can tell you what to think or believe.”

Can’t they? Do you not think this is the ultimate goal from The Left?

And, lest you think this is an “American” problem, think again. Big Tech platforms are taking sides in the affairs of many countries around the globe. They’re not just controlling the American narrative, they’re controlling the global narrative. They have their fingers in many, many pies. . .all of which are being baked into a corporate flavor.

Call me a conspiracy theorist, but I believe there’s a bigger puppeteer here than just the Democrat party.

Big Tech is dragging us, kicking and screaming, toward a global narrative that will, if we’re not careful, one day be forced upon us. Heck, it’s already being forced upon us. I don’t know about you, but I’m not a willing victim.

We’ve got to fight this with everything in us.

We need a plan to combat the theft of our freedom of speech. . .and we need it right now. 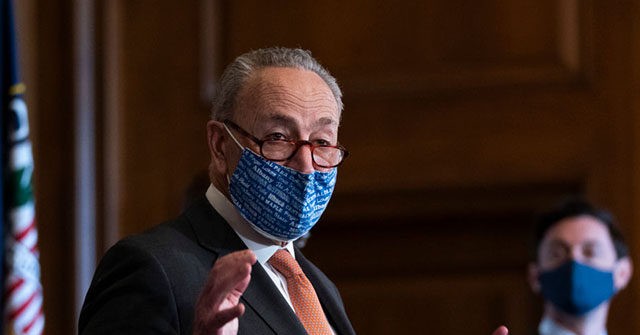